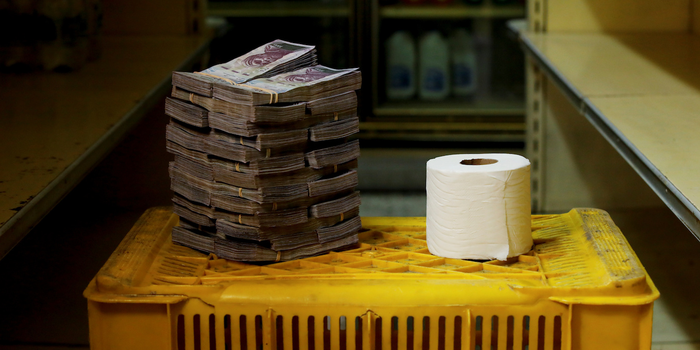 What kind of system in your opinion, would replace the current banking system today?

I have no idea. What I do know is that it’s not Bitcoin which will necessarily cause the current banking system to meet replacing.

Part of this argument, from our perspective, is that “Bitcoin is fighting against the banks!” …but for the most part, they don’t really know we exist, except for a few people who have noticed, and they are like: “Guys, look over there! We are in trouble!”

The banking system is more worried about the fact that the world economy is laying on the floor with no pulse, for a long time. They have now applied one hundred electric shocks and it is still not moving. 24 central banks have a zero interest rate and they are now thinking: “Well, we have never tried negative rates. How about -5%, what happens at -5%? Who knows, let’s try it!”

But people will take their money out of the bank in cash and put it under their mattresses. “Well I don’t know, let’s ban cash then! That sounds like a good idea to save our buts.”

The world’s currency systems are in the deepest crisis they have ever been in for the last two centuries. But it is not about Bitcoin, it is about choice.

The choice we do however, is not this year or next year, but maybe in ten years from now, when the central bank says: “Hey, we have 550% hyperinflation… But we will all stick together! Right? Nobody leave! Everybody follow this sinking ship to the bottom!”

Maybe a third of the population will go: “Uhmmmm… I don’t think so, I will be over here in the Bitcoin life raft… while you do whatever it is you’re doing.”

In Venezuela, it started. In other countries too, you can recognize them because they are taking away mining hardware and arresting some Bitcoin people. Because “bitcoin is used by criminals,” which has nothing to do with their hyperinflation of 550%, I’m sure.

I don’t know what banking will look like in a century from now, but it will be very different.

What Is Future Role Of Altcoins – Altcoins As Laboratories
Does Monetary Policy Determine Cryptocurrency Competition?