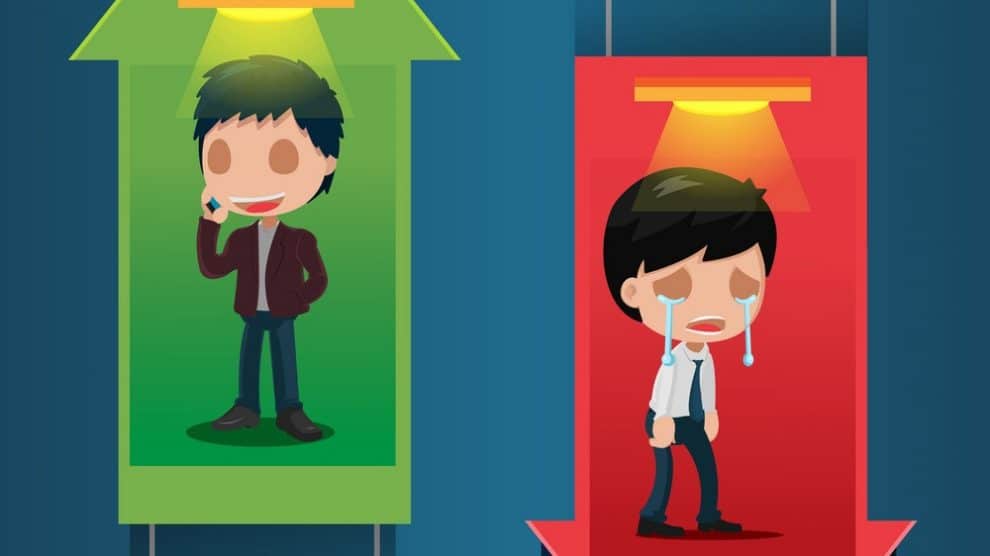 While I was moderating crypto communities, I often heard from people: “Are you comparing these 2 coins?! You can not do that…” Instant thought that came to me after reading this was: “No, you can not do that, but I can.” But maybe I am missing something, so I always asked them why I can not compare “these 2 coins,” and I got variations of same answer which distils to: “Because they are different!”

I think that everyone who is serious about cryptocurrency investing should be comparing coins/tokens to each other often. So let’s do this on imaginative example:

My answer in both cases is a big NO.

Just because coin is pumping, it doesn’t mean it is worth much more suddenly.

– Firstly, do not FOMO (Fear Of Missing Out), that is bad for you for many reasons, short term and long term.

– Secondly, there are whole bunch of other coins that have much lower market cap but with similar chances of ultimate success.

Why is market cap important?

Notice here in previous examples that I did not look at the price of the cryptocurrency. There is one simple reason for that – it is not important! So what is important then? Well… important is MARKET CAP.

It still amazes me that people are focused solely on prices and doesn’t get the big picture. This is unit bias – they want to have many coins which they wrongly assume that maybe these coins can achieve price of bitcoin some day. Just use common sense here – price of one grain of sand can never come close to the price of one piece of diamond.

That is why we should compare the worth of all sand vs all diamonds to be able to make some meaningful comparison, and that is called market cap:

This simply means that:

Question for you is, if everything else is equal, what should you rather buy of these 2 coins? If you want for same amount of money to exchange for 1000 times higher chunk of a pie, then you will choose coin B.

But not every cryptocurrency is equal! So now what?? Easy… you have to identify what is that variable that changes, and what is the value of that variable.

If you are just speculating (which I do not recommend, because it is bad for you for many reasons, short term and long term) then there are other variables you should be looking at and that’s the whole different game. For investors who has long term outlook (which is at least 5 years or more), these other variables are not important at all.

Here’s how would that looks on an diagram:

If you think that probability of coin achieving its potential is 60%, then lower the amount by 40%.

Now let’s compare coin A and coin B and see how they look like on diagram.

Another important factor is probability that something will happen. You need to, by comparing two cryptocurrencies, determine what is the probability of ultimate success.

The expected value/probability ratio of both coins is what you need to compare in order to determine which cryptocurrency you should buy and hodl.

Coin B – potential 8b

So… what is your choice now? Well let’s see!

What probability consists of?

To better understand all of this, I will share what I have learned from Vinny Lingham, the founder of Civic cryptocurrency. This is more or less his words on this topic:

Let’s assume there is an equilibrium point where cryptocurrency doesn’t increase or decrease in price because we have hit the terminal velocity & max tokenomics (like staking) for token usage in the marketplace.

Whatever that number is, at that point the price of that cryptocurrency should be very stable and not deviate much day to day, assuming a modest annual growth rate of the network.

Today’s price should be a discounted value based on that terminal price, accounting for time and adoption risk.

Let’s assume a time factor is 10 years and the terminal value of a network is a big number, say $100bn. Excluding execution risk, the net present value of that future network based on a 3% annual discount rate should be maybe $75bn. Now, why would that network not be valued at that today? Mainly because over a 10 year period there are too many risks. Execution, technical, political, etc.

So the NPV (Net Present Value) of a future large network should be somewhere between 0-75% of it’s terminal value on a 10 year timescale. If you think execution and adoption risk is the biggest issue, then maybe that’s another 50% removed. So we’re down to 25% of terminal value, before discounting other risks.

The problem in crypto right now is that everything is pure speculation. We aren’t even accounting for substitute goods or competitive risks.

So, at the end of the day, it’s more important to back a team that can overcome and mitigate these risks over a long time horizon as it is impossible to predict them. Survival is the only game in town. The teams that can survive first 3-5 years from now, will probably be the de facto winners in their respective categories.

Survival biases is really what history is made of.

So the real question when assessing any network and the valuations thereof, is if the current NPV is a fair discounted future value of the terminal value for the network when it reaches terminal liquidity and, effectively, terminal network value. Arguably, most tokens are not at the terminal price value but the risks are heavily discounted right now because 95% of them will not survive to reach that point. If you think you’re smarter than the market, make your picks, sit back and enjoy the roller coaster ride!

As you can see, there are few things showing variable is made up of several ingredients.

Just because everyone around you are speculating, it does not mean that you should speculate too, or that speculation is the right way to go. Speculation is just mind games (blind) traders play with each other focused on things that doesn’t amount to anything.

We are all superbiased in many ways, and vast majority are just looking for shortcuts asking questions:

At what price should I buy?

Should I wait or buy now?

Will price go up or down?

I want to kick these people in the butt because they are like parasites in the system draining value.

These people are chasing 10%, 30%, 50% returns. I am going for 1000x or more. With mindset that you just learned, you will figure out that there are just two final outcomes: Or this cryptocurrency you like will go to 0, or it will go beyond anyone’s imagination.

If you are looking for anything in between, forget what you just read.

Here is how that looks like for me, and the choice is obvious:

Now that you know how to evaluate cryptocurrencies, you know if you should buy them or not, next thing you need to know is When Should You Sell Cryptocurrency?

How Will Developing Countries Adopt Bitcoin?
Are Uber And Airbnb Paving The Way For Decentralized Markets?