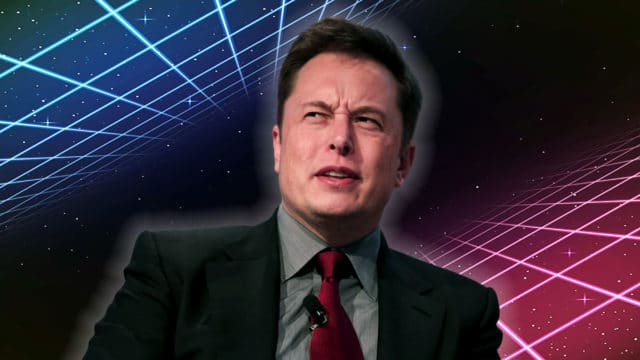 Tesla & SpaceX CEO and Twitter founder have expressed some negativity towards web 3.0.

In his tweet Elon Musk wrote: “I’m not suggesting web3 is real – seems more marketing buzzword than reality right now .” Then day later he tweeted “Has anyone seen web3? I can’t find it.” to which Jack Dorsey replied “It’s somewhere between a and z.” to which Elon replied “m something something.”

There are many criticisms on web 3.0, like https://www.stephendiehl.com/blog/web3-bullshit.html where this author says among other things that web 3.0 is just repacked blockchain and cryptocurrency which then can be sold to VCs as well as public, with avoiding securities regulation.

Because tech conglomerates don’t understand it, but subconsciously realize that their natural monopolies will somehow end by something entirely new and different.

In my opinion, this is only the question of when not if, and they now want to distract talent and investors from it (at least until they figure it out), so they make appeal of it negative, funny, dumb etc. It is something very well known to bitcoin, check this article https://satoshispeaks.com/how-banks-react-to-bitcoin/ about “The Five Stages of Grief”.

Was bitcoin weird and scammy to you when you first heard about it? That is what is happening now, just on much bigger scale.

In 2014-2017 the notion in the cryptocurrency space was that we will have decentralized internet with all sorts of protocols using blockchain with cryptocurrency. That sounds like new technology superior to internet, doesn’t it?

The focus was on what is important for money (read bitcoin): avoiding middleman (read banks), and being censorship resistant (read it’s alternative to fiat money and govs can’t do anything about it).

But as blockchain tech and use cases started emerging, it turned out that we will have not only alternative to money, but alternative to internet. That is what is called now web 3.0

Web 3.0 is ability for internet to function architecturally without any server being in place in certain location so that it can not censore and shut you down. Exactly this happened to Donald Trump on many social media networks after losing elections, but would not happen if he won.

Web 3.0 is entirely new stack, internet redesigned. This is why Elon Musk can not see it, nor will he if he decide to stay only on web 2.0 and refuse to experiment with new painful to use and buggy tools of web 3.0

It is not like upgrading windows 10 to windows 11. Web 3 is actually badly named, there are lot of bad takes on it on the internet because old school guys does not understand what web 3.0 is. It is not web 1.0 to web 2.0 to web 3.0!

If you are using web 2 analogy to understand web 3 you are not thinking form a first principle basis. Web 3 is not new version of the web, it is entirely new infrastructure for global communication, commerce and culture. That sums it up.

Why Are So Many People Going Wrong With Web 3?

Because it is easier this way, and it worked many times before.

Humans love analogies, the reason is because they help us to quickly understand things. The older you get, the more you rely on analogies that help you to understand new things. You have ton of experience, you have perspective on life etc, and it is perfectly normal to use analogies, that is a shortcut by which our brain is saving a tremendous amount of energy.

But the problem with analogy is that makes you lazy. You start comparing things, and everything is comparable to what already exists. But this is a trap!

Better way to approach new things, especially in breakthrough tech, is to try to start thinking from scratch, trying to see it from scratch.

Ask yourself: How would you as 21 year old kid think about this? Or how some other modern kid is seeing this?

You have to agree that you will have different perspective as 42 year old, because 42 year old will go like: “Oh this sounds like this because I have seen this in the past, so this may be similar!”

Analogies are not always the best way to try to understand something that is very new and different, because you are layering on preconceived notions about certain things. And you know how the saying goes: “Assumption Is The Mother Of All Fuckups!”

So do not be lazy about web 3.0, or else you will miss out on this new mambo jambo just like you missed on bitcoin, and then other cryptocurrencies. The sooner you get right map and compass, the sooner you will navigate better towards the future.