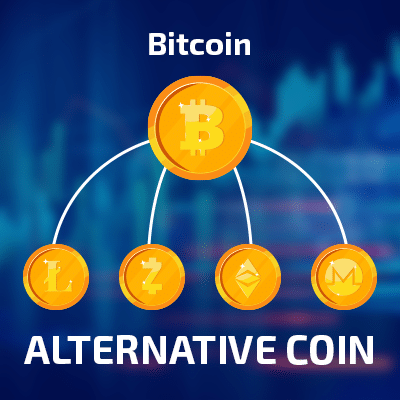 Really, what is altcoin, and what is not altcoin?

Have you ever really asked yourself: WTF is altcoin?! For real. Or you just hear or read it, and you ASSUME that altcoin is every cryptocurrency that is not bitcoin? Well, let’s start from definitions and beginnings, through the evolutions of the word, and let’s find out!

I am receiving lot of hate when I claim that some cryptocurrency is not altcoin. The other side is thinking that I am trolling because everyone knows what is altcoin, it is so obvious and basic. But is it? If majority of people learn something wrongly, does that mean that they are right? If you are dumb but you do not know that you are dumb, are you smart? I don’t think so.

Alternative means that you have choice to choose from. For example there is medicine, and alternative medicine. If you don’t like standard treatments from official medicine, you have other options or alternatives – you can find other treatments that are not standard.

To explain the need for altcoin term, we need to go back in the past when the need appeared. As you know, in the beginning, there was only one cryptocurrency – bitcoin. Was bitcoin the altcoin? Of course it was, and still is. Fiat currencies are standard, and bitcoin appeared as alternative to them. Bitcoin was first, let’s call it successful alternative, because it was not dependent on one central entity. But people in the beginning, although was well aware that bitcoin was alternative currency, but they were not call bitcoin altcoin, but bitcoin. And everything was fine.

Then, all of the sudden, another blockchain based cryptocurrency appeared. No one need to ask permission of anyone, bitcoin was and still is open source, everyone, even you can simply copy paste the code and have your own bitcoin like cryptocurrency!

Namecoin appeared in April 2011, and no one really noticed it or cared about it. Namecoin was just fork or copy of bitcoin. It had same proof of work algorithm, and 21 million limit of how many coins there will be. Namecoin got its name because founders wanted to create censorship resistant internet with it, by having names of the websites censorship resistant at first stage.

Then Litecoin appeared in October 2011. Everything same like bitcoin, but had much more coins and different hashing algorithm. Because bitcoin mining was being explained that it is like mining gold and thus it is digital gold, Litecoin was being explained like digital silver because there will be much more litecoins than bitcoins.

So that is how we had digital gold coin, decentralized internet coin, and digital silver coin.

Then some dude was watching these coins how they were traded and could be used, but he did not like proof of work, he saw limitations and inconvenience. He got idea how he can do it better, and he added proof of stake in the mix of how new coins are distributed, and in August 2012 new cryptocurrency appeared. That unknown dude must have said thought something like this: I am creating the best peer to peer digital currency that will beat bitcoin and litecoin because this will be way better with proof of stake as well, here you go world, I represent you, one and only true: Peercoin!

So there you have it, now there are 4 different cryptocurrencies, and we are talking about year 2012! Peercoin founder was probably attracted to cryptocurrency space when price of bitcoin jumped from $1 in April to $32 in June 2011, and he must have hoped that it will repeat the bitcoin’s success and overpass it with time because peercoin was better.

But it was not going well, peercoin was not getting traction. So peercoin founder was thinking what he can do to make huge success fast. He concluded that cryptocurrency must have some real world use case, people on the internet will not be using all sorts of cryptocurrencies to pay online, but one, and it looked like that bitcoin, and altcoin as alternative to bitcoin already took that place.

He must have thought like this: Ok, earlier cryptocurrencies were mined using algorithms that solved arbitrary mathematical problems, the results of which had no value or use outside of mining the cryptocurrency itself. It is kind of waste of hardware and electricity, isn’t it? What if I make this mining process actually useful? So he went to work, and made new algorithm which computed chains of prime numbers (Cunningham and bi-twin chains), the results of which were published on its blockchain’s public ledger, available for use by scientists, mathematicians, and anyone else who wants or needs computing power.

In July 7th 2013, Primecoin was born, and it had also some attractive and meaningful fundamental upgrades. Primecoin targets a block generation period of one minute rather than every ten minutes, changes difficulty every block rather than every 2016 blocks, and has a dynamic block reward that is a function of the difficulty. Primecoin transactions are confirmed approximately 8–10 times as fast as Bitcoin transactions.

All of this generated hype around Primecoin, hortly after its launch, some trade journals (check this and this) reported that the rush of over 18,000 new users seeking to mine Primecoin overwhelmed servers and caused problems in supply of servers.

Right before Primecoin another cryptocurrency came to existence on 24th November 2013, it was called BCNext. But what was interesting about nxt was that it was not minable but used proof of stake entirely. But also it was first ico where people were actually buying coins before they existed! On 28 September 2013, Bitcointalk.org member created a forum thread announcing the proposed launch of NXT as a second generation cryptocurrency and asked for small bitcoin donations to determine how to distribute the initial stake. On 18 November 2013, fundraising for NXT was closed, and the ICO (initial coin offering) collected 21 bitcoins that were worth US$17,000.

Somehwere in 2013 Ripple came to existance as well as coin that can be traded.

Can you imagine how this looked to some programmer who did not went into details, but just observed what happened: There was bitcoin, then copy pasted bitcoin with more coins which were litceoin, and there were other new varieties of bitcoin, and by now (late 2013) prices jumped so high for no reason because people are rushing to buy these coins, and they rushed because price was going up, and it was going up fast. This guy was irritated, asked how can this be? Ok I get bitcoin, but these dudes came, made small adjustments to bitcoin open source codes, and made their own coins, which they had privilege to mine first and make bunch of money. And price is skyrocketing, this is ridiculous! These people who are buying these silly coins, don’t know that they can create their own coins whenever they want, so here is what I will do to teach them a lesson: I will make my own cryptocurrency as well! They will be able to buy huge amounts of it because I will just change the code and enter to be generated many thousands more coins than bitcoin has! Because people are buying litecoin thinking it is like bitcoin, but they get much more, they are not aware that much more litecoins is in design of litecoin. And you know what? I will give stupid name to a coin, this coin will be for dogs, not people, dog’s e-coin will have a name Dogecoin!

So in December 6th 2013 he started dogecoin, started mining because someone has to be first to mine first blocks. And indeed, dogecoin started being traded, and this dude sold soon all his huge quantities of dogecoins which he mined when he was only miner to harm the buyers. Here you go, take all dogecoins you want stupid people!

What happened next? What do you think? This was it, no more cryptocurrencies? Of course not, bunch of them continued appearing. Let’s see which coins came next year, in 2014:

Almost all of these coins were some tweak variant of bitcoin, Stellar was fork of Ripple. In early 2015 Ethereum ico happened. The rest is history, with which you are more familiar with.

What do you think, how average market participant perceived the cryptocurrency space? What is happening here?

Here is how it looked like: There is bitcoin, and there are bunch of other Cryptocurrencies, and they are competing to become main peer to peer decentralized currencies with which people will be paying on the internet. Keep on mind that bitcoin is peer to peer electronic cash which Satoshi Nakamoto described in headline of his whitepaper.

Bitcoin diminance at this time were 95%, which meant that cryptocurrency space is all about bitcoin, and others like trying to be like bitcoin. You can buy bitcoin, or you can buy some of alternative coins if you want to secure your gains, because maybe some of these alternatives will overcome bitcoin, you can never know. Keeping eye on alternatives became especially important when Ripple exploded in price at the end of 2014.

So there you go, this is the story about altcoins! There were bitcoin, and alternatives to bitcoin aka altcoins.

And indeed, there were bunch of altcoins in the beginning. But are there now? Yes some of altcoins exist today as well, and are more relevant than ever, like Dogecoin. But are all cryptocurrencies that are not bitcoin altcoins? Is Ripple altcoin? Is stablecoin like Tether altcoin? Are utility tokens altcoins? Are NFTs altcoins?

Well, maybe, but not in a sense that existed before. Maybe they are altcoins, but altcoins in relation to what? Alternatives of what? Of bitcoin? Certainly not.

What is bitcoin in the first place? What area is it covering?

I suggest you to look at cryptocurrency space as sectors, not bitcoin vs altcoins. Each sectors has leader(s), and if you really want to diversify on your cryptocurrency portfolio, diversify among these cryptocurrency sectors where each sector represent one subset of needs, industrial or user consumption that it is covering.

And when you hear or read the term “altcoin” assume that it is just old name for all cryptocurrencies that are not bitcoin, but leave it at that. That is distant past in rapidly evolving space of cryptocurrencies.

The more words we know and understand, the better thoughts we have. It is easy to be mislead with usage of wrong words, so be cautious what are you saying and what are you understanding. Cryptocurrency space is so much more than bitcoin and altcoins.

Cryptocurrencies And Contrarian Thinking
Are Blockchain Splits A Governance Failure?