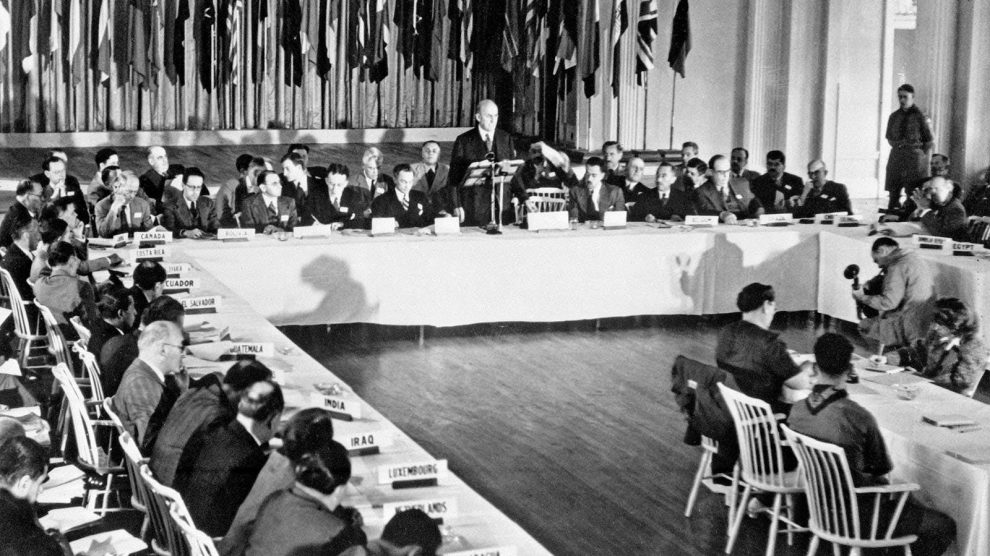 Ever heard of Bretton Woods? If you haven’t, then it’s high time that we fill in that knowledge gap! It’s another piece of the puzzle that we’ve been putting together throughout this series of posts.

The development of the Bretton Woods system in 1958 was a pivotal moment in modern banking. The system established the International Monetary Fund (IMF) and what eventually became the World Bank Group. The system lasted until 1971, when Nixon ended it. We’ll get into how it ended in the next post, but for today, we’ll learn about the motivation behind launching the Bretton Woods system, the various proposals for how this system should work, and what the final system ended up actually looking like.

Once FDR suspended the gold standard to help the economy recover from WWI (you remember that from previous reading!), international trade became a fractious affair. For example, when there were balance-of-payment deficits (when a country’s imports exceed exports), countries devalued each other’s currencies to make up for the deficit, opting for domestic stability over exchange-rate stability. They were able to do this because the money was no longer tied to Gold.

Amidst the chaos (yes, more of that!), forty-four countries saw the opportunity to help the world recover from WWII. They came together to create an international monetary system that would ensure exchange rate stability, prevent competitive devaluations, and promote economic growth.

Sounds simple, right? Not really. Although everyone agreed on the goal, different countries had different ideas of how such a system would be implemented.

Nevertheless, it was an unprecedented cooperative effort among countries.

The primary designers of the new system were:

1) John Maynard Keynes, adviser to the British Treasury, and

Keynes, one of the most influential economists of the time, proposed creating a global central bank (called the “Clearing House”) that would have the resources and authority to intervene when there was a crisis. Said bank would issue a new international currency, the “bancor,” which would be used to settle international trade imbalances.

White was concerned that the Clearing House would use its power and funds to buy American goods, resulting in the United States holding the majority of bancor.

Rather than issue a new currency, he suggested a Stabilization Fund that would be funded with a finite pool of national currencies and $5 million in gold. This would limit the supply of reserve credit that the fund had to intervene when there were budget deficits.

The final plan adopted at Bretton Woods was closer to White’s idea. It also contained a clause to address Keynes’ concern for when a country ran into a balance-of-payment surplus and its currency therefore became scarce in world trade. In such instances, the fund could ration the currency and only allow limited imports from the surplus country.

It was agreed that this fund should raise $8.5 million to meet its objective.

The Stabilization Fund became the International Monetary Fund (IMF) in December 1945, when its first twenty-nine member countries signed its Articles of Agreement. The IMF’s job is to monitor exchange rates and lend reserve currencies to nations with balance-of-payments deficits. Member nations agreed to keep their currencies fixed to the dollar, and the dollar was fixed to gold at $35 an ounce.

To this day, when a country joins the IMF, it receives a quota based on its relative position in the world economy, which determines how much it contributes to the fund.

In 1958, the Bretton Woods system became fully functional as currencies became convertible. Countries settled international balances in dollars, and US dollars were convertible to gold at a fixed exchange rate of $35 an ounce. The United States was responsible for keeping the price of gold fixed by adjusting the supply of dollars to ensure that exactly $35 dollars could be converted to an ounce of gold.

In addition to the IMF, the International Bank for Reconstruction and Development was created, now known as the World Bank Group. This institution was responsible for providing financial assistance for reconstruction after World War II and aiding the economic development of less- developed countries.

The Bretton Woods system lasted until 1971. What exactly happened in 1971? Well, at the time, the US maintained a persistent balance-of-payments deficit. This meant that foreign countries held dollars that exceeded the US gold stock. In other words, the US reached a point where it could no longer fulfill its obligation to redeem dollars for gold at the official price of $35.

So what happened next? We’ll get into that in the next post! 🙂

The Great Inflation And The End Of The Gold Standard
How Central Bank Gained Its Independence From The Government?