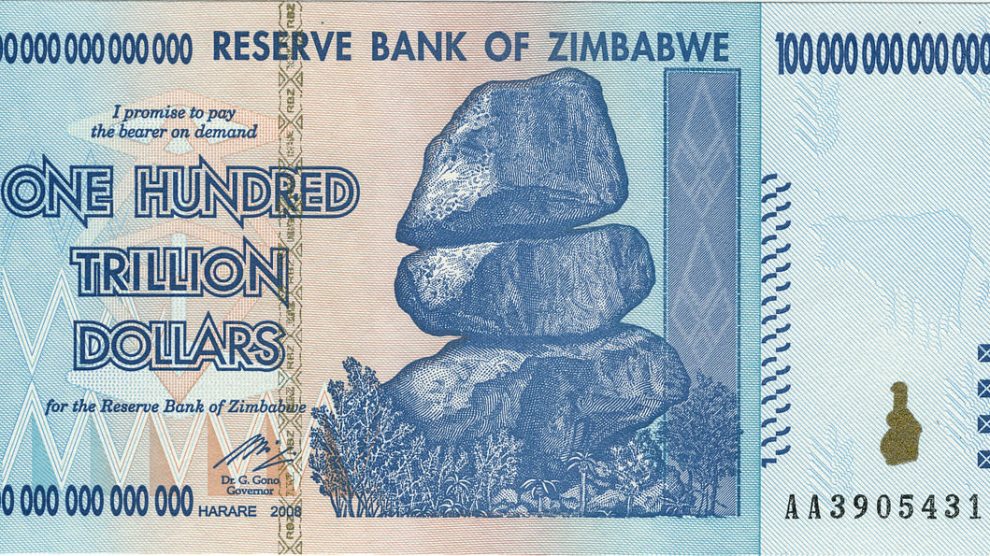 In the previous post, we learned how money evolved from commodities to collectibles and finally to precious metals. You might have been left wondering: how in the world did we go from using precious metal coins to pieces of paper money?

Luckily, we’ll be discussing that in this post! With no further ado, let’s jump right in.

When was paper currency invented?

Originally, the Chinese used coins that were strung together on a rope.

But carrying around a large amount of coins was too much of a hassle, especially if a person wwasre wealthy. To solve this problem, they developed a system where coins could be left with a trusted person (e.g. merchants), who would then give the coin owner a slip of paper (known as a “promissory note”). The promissory note recorded how much money the person had deposited with the merchant. Then when the promissory note was brought back to the merchant, the coins would be returned to the person.

Jiaozi was developed after the Song government began running short on copper. Instead of producing more coins, they began issuing paper notes to serve as money. These notes represented a promise by the ruler that the notes could be redeemed later for another object of value. The jiaozi did not replace coins as money, but was used alongside them.

Eventually, the Chinese central government realized the benefits of issuing paper currency (i.e. like expanding the economy). So they began printing more paper money than ever before. In order to meet the printing demands, government-run factories were built that employed more than a thousand workers a day who were solely responsible for printing these promissory notes!

Originally, there were many kinds of promissory notes that were limited to regional areas of the empire and would expire after three years. This changed between 1265 and 1274 when the Song government issued a nationwide paper currency standard, which was backed by gold or silver.

In the 13th century, travelers such as Marco Polo became aware of the paper money that the Chinese had developed and brought the knowledge back to Europe:

The birth of promissory notes in Europe

In medieval Italy and Flanders, money traders started using promissory notes (very similar to the Chinese system we learned about above). By the 14th century, promissory notes were used in every part of Europe.

Then beginning in the mid-17th century, promissory notes started to became a means for payment in Europe. In London specifically, the goldsmith bankers started giving out banknotes as payable to the “bearer” of the document rather than the original person who deposited the gold.

This meant that if you trusted the goldsmith, the note could be used as currency. The goldsmith bankers also began issuing more banknotes than they had gold in their banks, under the assumption that not everyone would come and redeem the gold at the same time.

These changes brought about a pivotal shift in the usage of paper currency. Instead of promissory notes being used simply to reduce the burden of carrying around coins, they became a way to expand the money supply itself because it was no longer necessary to have a 1:1 ratio of gold to banknotes.

These promisery notes were effectively the birth of the first modern “banknotes” issued by official banks.

The invention of the first modern banknotes

The first bank to permanently issue official “banknotes” successfully was the Bank of England, which was founded in 1694 in order to raise money to fund the Nine Years War against France. The bank began issuing banknotes with the promise to pay the bearer the value of the note on demand. The bank note served as currency.

Initially, these notes were hand written with the exact amount that was deposited or loaned. Eventually, the bank transitioned to printing standardized notes ranging from £20 to £1,000. Around the same time, France also started using banknotes as its formal currency after the wars led by Louis XIV left the country with a shortage of precious metals for coinage.

Until the mid-19th century, commercial banks in Britain were able to issue their own banknotes. However, this changed when the Bank Charter Act of 1844 was established. The Act restricted the powers of British banks and gave exclusive power of issuing banknotes to the “Central Bank” of England. The Act, therefore, centralized the process of issuing banknotes.

Today, the Central Bank of England retains almost exclusive rights to print all European paper money. Only three commercial banks in Scotland and four in Northern Ireland issue their own sterling banknotes.

What about banking in the USA?

Contrary to Europe, the USA didn’t begin using banknotes until 1862.

In the next series of posts, we will take a deep dive into the history of banking in the USA. I believe it’s important to learn this history in its entirety if you want to be able to better navigate the financial future. As they say:

“History Doesn’t Repeat Itself, but It Often Rhymes” – Mark Twain.

Gaining a clear understanding of how banking evolved in the USA will allow you to better understand how we can not fall into the same pitfalls as we did in the past. It would be horrible to have amazing new tools (i.e. cryptocurrency) to build a better future yet repeat the mistakes of our founding fathers.

There are a lot of positives to learn as well. As much as crypto people love to completely shun the idea of a central bank, central banking isn’t 100% evil. For example, the original premise of the US central bank was very valid (which we’ll learn about soon). However, as we’ll learn, our financial founders were inexperienced human beings that faced immense challenges like the Great Depression. They did what felt right in the moment, even if it was later revealed to be a giant mistake or a power grab or pure greed.

Anyways, I am getting ahead of myself now. We’ll get into all this soon.

Stay tuned while we continue exploring more information and learning how the past can help us build a better future. See you in the next post! 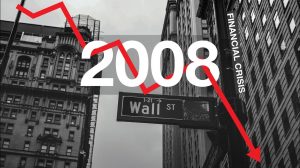 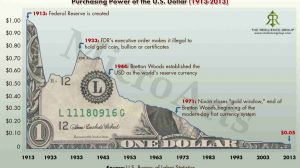