Does terminological purity matter? What is and isn't a blockchain? Openness is a characteristic that matters. The blockchain is the least interesting part of Bitcoin. The use implications are more interesting. Consensus algorithm, degree of decentralization, openness to innovation, permission-less-ness, identity vs. anonymity, censorship and coercion resistance. The vast majority of future transactions will be digital. Without financial privacy, you'll get financial surveillance; protests will have financial consequences. Transactional privacy has been the standard for most of human history. What kind of future do you want to live in?

When they understand that they don’t need a chain, blocks, or proof-of-work to make private blockchains, do you think it is worth the terminological battle, for the sake of clarity, to tell them “You are not using a blockchain,” or should be just strategically leave them be? “Okay, you are using a ‘blockchain, but I will keep the ‘bitcoin’ word.”

Would it be more honest, more useful for clarity, to stress how much a replicated multimaster database with digital signatures, but without blocks or chains, is NOT a blockchain?

I don’t really care about terminological purity. We shouldn’t define terms simply to enforce purity. “You know… that what you are doing is not called what I am calling it.”

What I really want to do is clarify the issue. To me, when I use the term “open blockchain,” I am clarifying the issue by saying “open” is a characteristic which matters; here is why, and here is what you will get with it.

The “blockchain” part is really an implementation detail. Blockchains are the best way we have found to run open, decentralized, global consensus… but as a technology itself, it is not that interesting. The blockchain is the least interesting part of Bitcoin.

The proof-of-work is much more interesting. What is really interesting is when you are combining all of these components together to make something that is non-national and independent.

When you are presented with the world “blockchain,” that is not an answer but a prompt to start asking a lot of questions, like:

And so we have a choice. We can live in a world where the norm is that my identity is tied to every transaction, and we voluntarily give the power of complete financial surveillance to whichever government we elected last week, hoping that this one is good one… but knowing that the next one could be even more crazy than the one before.

In many countries, governments know that there is not anything good about them, that they are evil in action. If we give the power of full financial surveillance over every human being on this planet to centralized authorities, we will be walking down a very dark path.

A path in which, when you say the wrong thing, your bank account disappears. Or when you go to the wrong protest, your life savings disappear, without question, without answer, without any judicial process or recourse.

That is not a world I want to live in.

The alternative is a world that re-establishes the fundamental balance between the governed and the government. That is a world in which individuals have transactional privacy, as we have had for millennia, without any horrible things happening, because most people use their money to buy food, shelter, healthcare, clean water, and to express themselves.

We can live in a world where there are no borders for our ability to trade and do commerce with other people no matter where they are, a world in which everyone can participate.

This is the choice we face today. The future is digital money.

The question you must ask yourselves is, what kind of future do I want to live in? That… is a really important question. 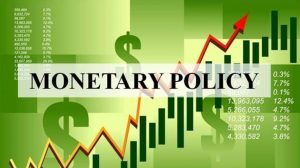 What Is Killer App For Blockchain?
How Is Mining Effecting Bitcoin’s Decentralization?