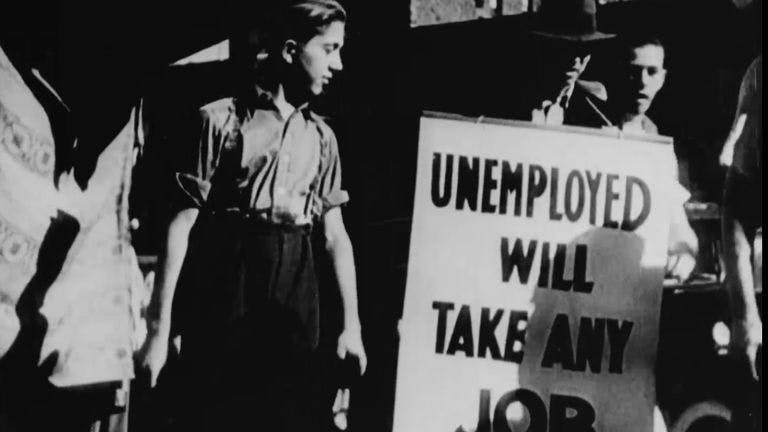 Lighting-fast recap: In the previous two posts, we learned about FDR’s efforts to end the Great Depression. We focused specifically on his policies weakening the gold standard and enacting the Banking Act of 1935, which established the FDIC.

But what happened to the Fed? Isn’t it the Fed’s job to save the economy in times of crisis?

Recall that the role of the Fed is to come to the rescue when the economy is falling to bits. (The hope would be that it would also prevent financial catastrophes prior to their happening…) The Great Depression was the first great test the Fed faced, and by its own accounts, it did not rise to that challenge. The Fed failed both on the monetary policy side and on the financial stability side.

In a series of lectures, Bernanke explained what he believed to be the mistakes the Fed made during the Great Depression:

As you learned, the Roaring Twenties were an era of optimism. The US saw a massive financial boom that spawned things like brokerage houses, investment trusts, and margin accounts. Ordinary people, without Gatsby’s financial acumen, could now buy corporate equities by borrowing funds. People were allowed to put down a fraction of the price (e.g., 10%) and borrowed the rest. The stocks that they bought served as collateral for their loan. You could see where this is going, I bet, even if you didn’t know history and hadn’t already read the previous posts…

All of a sudden, this borrowed money poured into equity markets, leading stock prices to soar.

But what goes up must come down isn’t just a law of gravity–it also applies to finances. Cue the stock market crash of 1929.

The Fed read the writing on the wall. It knew all the speculation happening was not sustainable. So in order to stem the imminent bubble from popping, it raised the interest rates, in an attempt to bring down the stock market. Unfortunately, this had hugely unexpected side effects on the economy.

At the time, the Fed believed in “liquidationist” theory, which viewed the Depression as a necessary corrective to the excesses of the 1920s. Andrew Mellon, Secretary of the Treasury, felt that the economy had gotten way too hot in the ’20s, and he believed all the excess needed to be squeezed out of the market in order to bring the country back to a more fundamental sound economy.

It boils down to this: because the Fed wanted to stop the stock market speculation, while also maintaining the gold standard, and while also believing in the liquidationist theory, it did not ease monetary policy.

So when the economy was recessing, the country’s tight monetary policy didn’t offset the decline…and prices slid even further.

Another reason why the Fed kept money tight was because it was worried about a speculative attack that would drive the dollar off gold, as happened in Great Britain in 1931. Intent on preserving the gold standard, the Fed raised interest rates. It argued that this move would make US investments attractive and prevent money from flowing out of the country. But according to the Fed’s own accounts, more than a few people believed this was the wrong thing to do relative to what the economy needed. Nevertheless, it’s what the Fed did.

Policy inaction in 1932, despite high unemployment and falling prices

The Fed’s tight monetary policy led to sharply falling prices and a steep decline in output and employment. For example, farmers couldn’t pay their debts and ended up bankrupt.

The other part of the Fed’s responsibilities is to be the country’s lender of last resort. Once again, the Fed failed to meet its mandate during the Great Depression. It responded inadequately to bank runs, and as a result, bank failures swept the country.

More than 9,700 of the 25,000 banks in the USA suspended operations between 1929 and 1933. These bank failures continued until the FDIC was established in 1934 (as we learned in the last post). Overall, there was a massive decline in the banking system.

Why did the Fed not lend more aggressively to these failing banks? Well, in some cases, the banks were so insolvent that the Fed felt there wasn’t much that could be done. These banks made loans to farmers, but these loans all went bad because of the crisis in the agricultural sector. Secondly, because of liquidationist theory, the Fed felt that perhaps the country was over-banked. Perhaps the healthy thing was to let the economy contract.

It wasn’t until FDR abandoned the gold standard in 1933 that monetary policy became less tight and deflation stopped. Not coincidentally, the economy saw a strong rebound in 1933-1934.

Nowhere near the end

It was the longest and deepest downturn in the history of the United States.

It continued until the United States entered World War II in 1941. The Dow did not return to its pre-crash heights until November 1954, almost 25 years after the original stock market crash of 1929.

The reason I wanted to highlight the Fed’s role in events like the Great Depression is because I want you to start thinking about what a better monetary and financial system could hypothetically look like.

These are some questions for you to start pondering as we continue to take this tour through history.