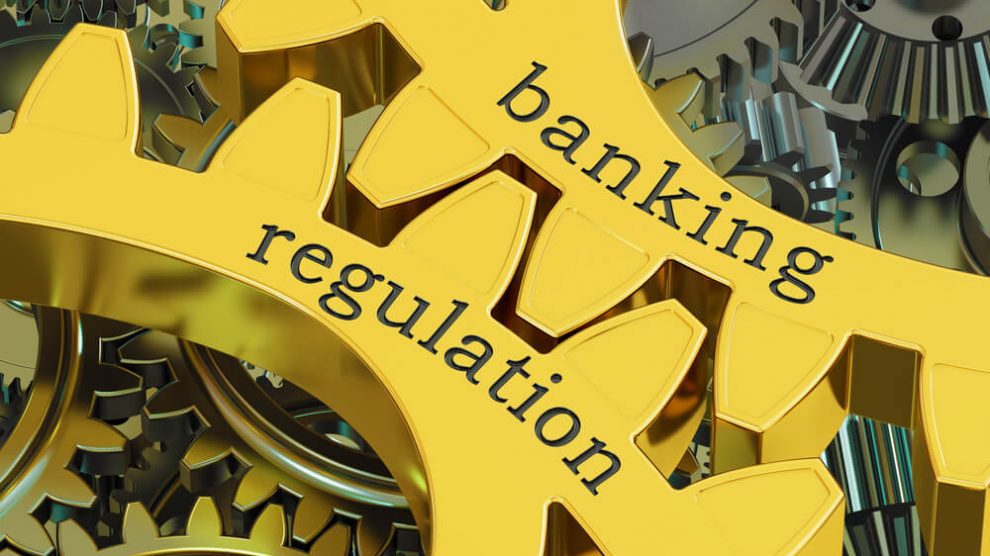 This is the second-to-last history lesson before we move onto the next series, where we will begin learning about the cypherpunk movement. I think you will really enjoy that section because the cypherpunks were some bad-ass people. Moreover, learning about the origins of the cypherpunk movement will help you understand the underlying motivations of the entire crypto movement. With that said, in this post, I want to highlight some of the regulatory changes that were enacted after the 2008 financial crisis.

As you can undoubtedly tell from your reading thus far, the global financial crisis revealed the weaknesses in the financial system and the need for better regulation. The fact that large institutions like Lehman Brothers and AIG could cause the whole financial system to collapse was a serious weakness in the system. The financial world is highly intertwined and that is a necessary evil. In fact, this is even the case in today’s “DeFi” world. But one bad egg shouldn’t lead to the whole financial recipe being immediately scrambled.

The Fed and government strongly felt that more oversight of the system as a whole was necessary.

After many months of debate, the Dodd-Frank Wall Street Reform and Consumer Protection Act was passed in 2010 under the Obama Administration, which placed many new stringent regulations on the banking system. Moreover, several changes were made to how the Fed operates.

The Dodd-Frank act was a massive piece of financial reform that was 2,300 pages long and took several years to fully implement. It targeted key financial institutions that were believed to have caused the financial crisis, including banks, mortgage lenders, and credit-rating agencies.

The act made regulators responsible for tracking and responding to possible risks to the financial system as a whole.

Below are some of the regulatory reforms enacted:

You can read more about the Dodd-Frank Act here.

Although there were a number of vital reforms made, you’ve undoubtedly noticed that they mostly focused on the banking industry, leaving the shadow banking sector (which we learned about in a previous post) largely intact. So to this day, the shadow economy remains largely unregulated. That, of course, is problematic, because we have no transparency into what is happening in the shadow banking economy. This is one of the biggest benefits of crypto — nothing that happens in crypto can remains in the shadows because it is all open-source and transparent.

The level of communication that the Fed has with the public about monetary policy was determined to be lacking, and this lack was judged to be one of the factors behind various financial crises. The Fed is now expected to communicate more clearly about when it expects to adjust the federal funds rate. This will allow investors to better understand policy goals and anticipate future policy actions.

For example, the chairman of the Fed began holding news conferences in 2011. In fact, the Federal Reserve now even has a YouTube channel where updates are posted periodically.

The Fed has also recently begun to provide more information about its goals and policy approach (for example, defining price stability as inflation of 2% in the medium-term).

Wow! You made it this far through the history of banking. Congratulations. You now have a rock- solid understanding of how the central banking system in the US started, and how it evolved over time through various booms and busts. Moreover, you learned about how effective (or ineffective) the Federal Reserve was in keeping the financial system afloat if/when there was a bust.

Financial crises will always be with us. However, the goal remains to minimize the intensity of these crises and avoid major damage to the economy. Since we cannot predict or eliminate shocks to the economy, we must build a system that can resist these shocks without collapsing.

I want you to start thinking about whether the new financial system we are building with Bitcoin and other cryptocurrencies is more (or less) resilient than the system we have now, with the Federal Reserve and other central banks around the world serving as the central coordinators of monetary policy.

Before we move on to learning about the cypherpunks, we have one final lesson where we will look at a series of charts that paint a shocking picture of our financial system after Nixon moved the United States off the gold standard in 1971. Stay tuned.