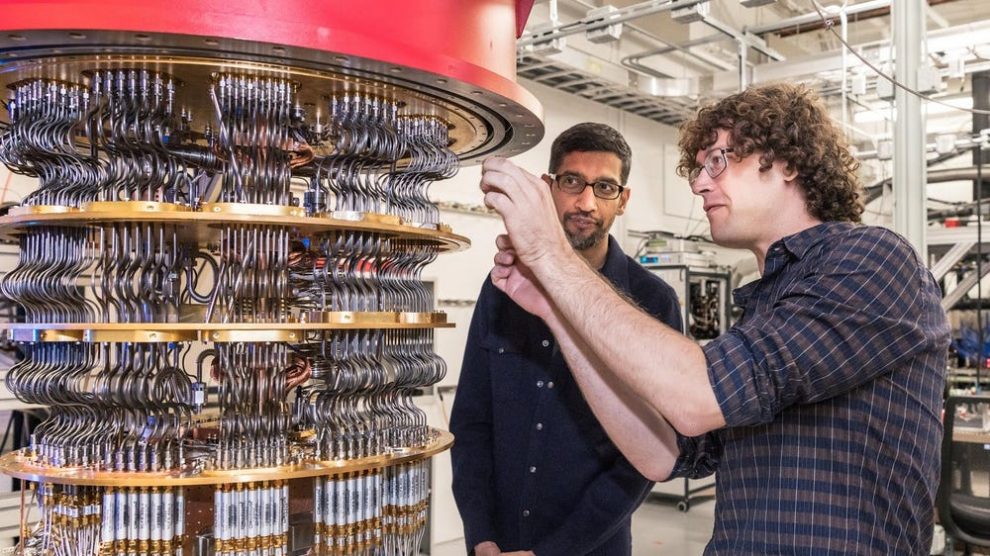 I have two questions, both of them are about risks against Bitcoin. The first one is technological. Recently, the National Institute of Standards and Technology (NIST) said it is time to start promoting migration to post-quantum cryptography, because quantum computing will weaken the asymmetric cryptography of SHA-256.

We are talking about an attack of 51%, but in that case it will take ten or twenty years to create a 99% attack. One bad actor with a quantum computer will be spending much less energy than anyone else, and will acquire 99% of the hashing capability.

Yeah, it is a monopoly because that actor now owns the bitcoin network.

So should we change the algorithm? Move to proof-of-stake? Things like that.

The second question is about the corporations and governments, who will not be happy with Bitcoin.

Bitcoin’s community will need to respond. Any ideas about this?

At some point, quantum computing will exceed the strength of current cryptographic algorithms.

Listen, that is part of developing cryptography. You have 20 to 30 years of usable life cycle of an algorithm before it is broken due to superior technology, new developments in mathematics and technology, etc.

The system in Bitcoin is such that it can be upgraded; both the signing algorithm and the hashing algorithm can be switched out for other algorithms, if we think there is a need to do that.

So quantum computing represents a threat only if it is unevenly distributed in commercial sectors. If quantum computing and cryptanalysis is available only to one actor, and not all the actors, mostly likely they are a state actor and they will not use it on Bitcoin.

Instead, they will keep it secret, and use it at a time when they are threatened, by a cryptographically secured nuclear weapon or whatever, some crazy situation like that.

Certainly, what we’ve seen with intelligence agencies that have computing advantages, they don’t use it until there is a dire emergency to use it, and Bitcoin is not a dire emergency. Because once you use it and everybody knows you have it, then all the algorithms will be changed. You have one shot, so you better make it good.

If quantum computing is available broadly, then all the miners upgrade to quantum computers and use quantum SHA. We would probably then change the algorithm.

If there is enough availability of quantum computing that 99% of mining capacity switched over, the chance that it will be controlled by one person is pretty slim. An attack would just prompt everybody to run ‘quantum SHA,’ and it will be a transition like when we went from FPGA to ASIC mining machines.

Keep in mind that running a quantum computer is neither free nor easy, right? It will be expensive in terms of energy and cooling costs and environment without any vibrations that will be suitable for quantum cryptography. The electricity that you are not spending on hashing will be spent on keeping the quantum machine at 200 degrees below zero. All of these things add up. We don’t know what the economics will be.

As for the second question about corporations and governments not being happy, I’m sure that they are not happy.

I believe this is the point where people decided that the King wouldn’t be too happy with their choices.

Kings were not happy anywhere, and yet the revolution happened anyway.

Bitcoin is a technological revolution, and it is a global system. Corporations and governments must adapt to new technology. They have been adapting to new technologies for hundreds, sometimes thousands of years. They will adapt to Bitcoin, which is neither the worst thing nor the most insurmountable thing that has ever happened to technology.

There could be far worse cryptocurrencies than Bitcoin from the perspective of governments. The fact that governments will not be happy really doesn’t concern me much. Bitcoin is a system that does not require their permission, approval, cooperation, endorsement, or assistance. It is a system that simply exists now. They can deny that it exists, but it still exists. They can pretend it will go away, but it will not.

Governments and corporations will need to adapt. I think that is one of the features of Bitcoin, not one of its bugs.

You can still do all of those things. But we will also do this, and see which one is better. That is really the bottom line.