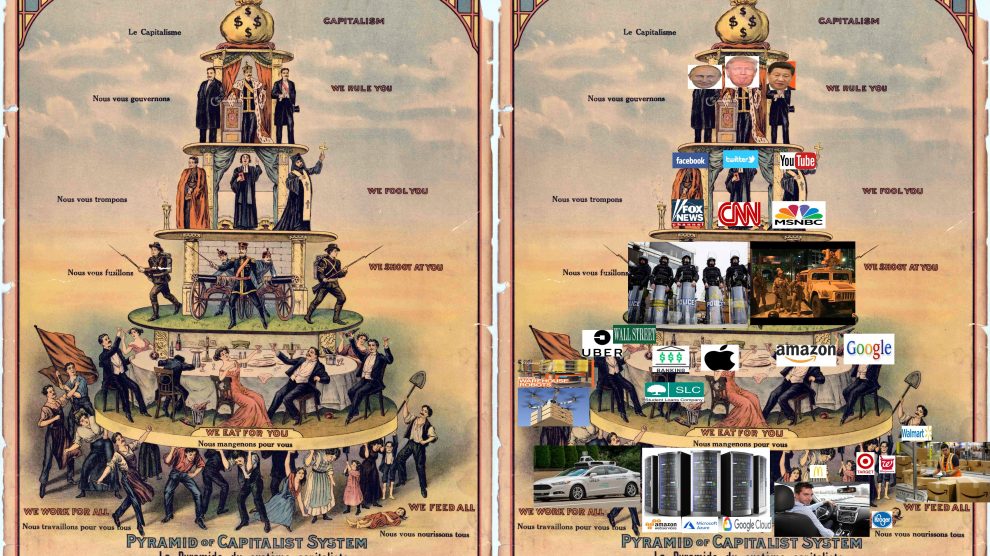 Bitcoin is a really powerful tool for accumulating capital, as it allows people to control their own private keys because of which it makes it harder for wealth to be taken away. I heard Bitcoin described as a “hyper-capitalist” system.

Capitalism itself is an ideology and legal system that enables the accumulation of capital,

rather than wide re-distribution of capital. This accumulation of capital concentrates power and resources into fewer and fewer hands over time.

I think they are orthogonal. I think capitalism is a specific way of organizing the society pyramid. When you take away the pyramid and create something different, then the label “capitalism” doesn’t really apply to this new model. So it is as obsolete as agrarian feudalism is to an urban environment. You can’t really apply that model to the new mechanism of organization.

I think it is important to make a fundamental distinction between “capitalism” and free markets.

Removing the need for trying to figure out, through the political system, how to re-arrange the layers of the pyramid… is precisely why Bitcoin is so exciting.

It is because we are saying: “Don’t decide who to put on top. Remove the pyramid from the equation completely.” That is the proposition that has really lot of people excited.

Network-centric systems of organization that is flat, will completely change the political spectrum. And so labels like “capitalism” really don’t apply anymore.

The answer is possibly… but! In that case, we should use another decentralized network to disrupt Bitcoin… which can easily happen thirty years from now.

I have not created the Bitcoin as answer and solution to everything. I am a disruptarian. Give it thirty years. Once it is corrupted, simply start again.

Bitcoin is paradigm shifter. But once paradigm shift, it needs to be streamlined and adjusted, because you can not know what will happen after the unthinkable happens.

Decentralized architectures have given us an engine, a template, a recipe for continuously disrupting the accumulation of power. That is the primary force of these decentralized systems.

Right now, we are disrupting a system of power where wealth accumulation is mostly based on how many thousands of people your grandfather killed.

Even if in 30 years we must disrupt a system of power based on how many early blocks you mined (your grandfather mined), that is still a better system of power than what we have today, and maybe we will need to disrupt that one too.

Bitcoin Is A Voluntary Alternative To Mandatory Currencies
Will Bitcoin Become More Decentralized In Future?