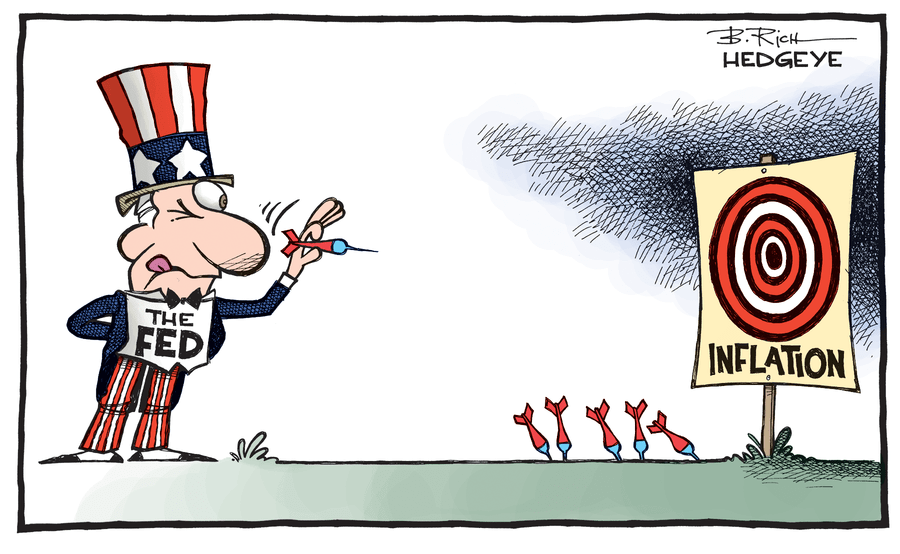 In the last post, we talked about the period of Great Inflation that led to the eventual collapse of the Bretton Woods system.

During this period of Great Inflation, the Fed failed to meet its mandate to keep inflation at steady and moderately low levels, thereby plunging the country into former financial difficulties. After this latest bump in the economic road, it’s no surprise that what came next was a series of reforms to fix the broken monetary system.

What should the central bank have done during this crisis to save the day?

It’s a tough question to answer.

First, let’s quickly review what we’ve discussed over the last few posts: when the Federal Reserve was first established in 1913, its founding purpose was to expand or contract the money supply and bank reserves in order to stem banking panics. This original mandate assumed the gold standard regime, which tended to keep inflation under control automatically since money supply can only expand as far as the existing supply of gold. But remember what came next?

By the 1970s, the era of the gold standard was over (when the Bretton Woods system collapsed), and inflation skyrocketed. The US was faced with both inflationary pressures and slower growth.

The high inflation and unemployment of the 1970s, collectively referred to as “stagflation,” taught economists some hard lessons. This led to a series of reforms of how the Fed operates.

Bernanke noted that the decision to tighten or ease monetary policy ultimately depends on how policy makers balance the risks between pursuing low employment vs. stable inflation.

Below, we will learn about the different reforms that were made to how the Fed operates.

One of several reforms included the Reform Act in November 1977, which did several things.

The act created new mandates for the Federal Reserve. Specifically, the Fed was now required to ”maintain long run growth of the monetary and credit aggregates commensurate with the economy’s long run potential to increase production, so as to promote the goals of maximum employment, stable prices, and moderate long-term interest rates.

In other words, for long-term interest rates to be moderate, people must be employed, and inflation needs to be under control. So focusing on goals 1 and 2 automatically helps with goal 3.

In addition to expanding monetary policy objectives, the Reform Act also required the Fed to be more transparent and accountable to Congress, such as by mandating semi-annual hearings before both the House and the Senate about the Fed’s objectives, performance, and plans. Moreover, the act limited the chairman and vice chairman of the Fed to four-year renewable terms.

The Reform Act also prohibited the Fed from discriminating against board directors on the basis of race, creed, color, sex, or national origin. Furthermore, while the original Federal Reserve Act of 1913 only required agriculture, commerce, and industrial interests to be represented, the Reform Act required representation of services, labor, and consumer interests as well.

Another big reform was the Humphrey-Hawkins Act.

Recall that the Employment Act of 1946 required the federal government to promote maximum employment, production, and purchasing power. In a 1976 hearing, Sen. Hubert Humphrey commented:

“It is my judgment that that law has, from time to time, been conveniently ignored”.

Humphrey felt the need to draft more explicit employment goals. Some time after the senator died, the Humphrey-Hawkins Act was signed into law by President Carter. The act requires that unemployment not exceed 3% for people 20 years or older, and mandates that inflation should be reduced to 3% or less. It also required that by 1988, the inflation rate should be 0% without interfering with the employment goal.

Other major reforms included the Depository Institutions Deregulation and Monetary Control Act of 1980. The goal was to deregulate banks and further improve the control of monetary policy by the Federal Reserve.

Up until this time, the maximum interest rate that banks and other institutions could pay on deposits was regulated by the federal government under what was known as “Regulation Q.” Banks were not allowed to pay any interest on checking accounts (or “demand deposit” accounts) and the rate on savings accounts at banks was set at 5.25%.

But given that the interest rates the market was paying (e.g., money market mutual funds) were in the double digits (e.g., short-term Treasury securities were offering over 12%), banks were at a disadvantage compared with less-regulated competitors. People who used traditional banks were effectively penalized by being denied a market rate of interest for their money.

This especially affected lower-income households who could not access sophisticated market alternatives (e.g., money market mutual funds) easily, so these households had much lower savings as a result. Overall, Regulation Q not only made saving less attractive for less fortunate households, but also reduced banks’ role in financial markets.

The Deregulation Act of 1980 phased out restrictions on interest rates that banks could offer. This allowed banks to compete in the market and it encouraged consumers to save more.

The Monetary Control Act of 1980 was another reform enacted to improve the control of monetary policy by the Federal Reserve. The act required all institutions that accepted deposits (“depository institutions”) to meet reserve requirements. Up until this time, only commercial banks that were members of the Federal Reserve System were required to hold reserves, and by 1980 less than 40% of banks were members. The other 60% of depository institutions (e.g., savings and loans and credit unions) didn’t have reserve requirements, yet their deposits were still counted towards the money supply. This was limiting the Fed’s ability to control the money supply.

The new Reserve requirements set forth by the act required all depository institutions to set aside a certain amount of funds in either cash or the accounts they keep at regional Federal Reserve Banks. The amount kept in reserve is based on the size of an institution’s deposits.

The Depository Institutions Deregulation and Monetary Control Act had major effects on how the Fed operates. Paul Volcker (who we’ll learn about in the next post!) noted the acts “will undoubtedly take their place among the most important pieces of financial legislation enacted in this century” (Federal Reserve Bank of St. Louis 1980).

Requiring all depository institutions to meet reserve requirements was especially important because it gave the Fed more control to fight inflation and help stabilize the economy. Deregulating enabled banks to compete and benefited consumers by increasing their savings. Other changes included opening up the discount window to all depository institutions, which helped level the regulatory playing field across financial institutions.

Reforms were a good first step, but the US was definitely not out of the economic woods yet. In the next post, we’ll learn about how Paul Volcker was a key figure in helping fight the Great Inflation. This period later became known as the Great Moderation and was a very uplifting time for the US (finally, some good news!). You know you want to read something cheerful, finally…so see you in the next post!

The Great Moderation, and why does Janet Yellen hate Bitcoin
The Great Inflation And The End Of The Gold Standard