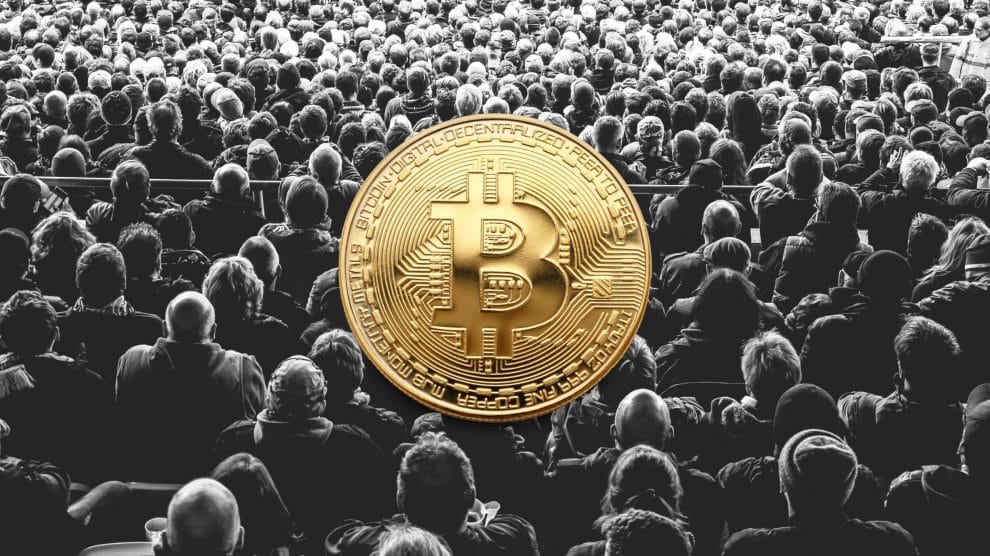 How long until mainstream adoption? Previous revolutions in money. In the mid 90s, you still couldn't pay with a credit card in many places. I predict it will take 15-20 years for mainstream adoption of Bitcoin. We are in a race because governments around the world are trying to ban cash and force us to adopt a different sort of digital currency with complete surveillance, where they can flip and switch and you will no longer exist as a person if you doing anything they consider radical. Adoption patterns and the Gini coefficient. The ownership of Bitcoin is not as diverse as it should be, primarily because of the way it grew. But people who got in early and took the risk have been enormously rewarded; no one's coming to bail out Bitcoin.

Well, let’s look at the previous revolutions in money.

In the 16th century, there was this radical proposition to replace gold, with gold certificates, written on paper.

If you think people find bitcoin weird, imagine the time when people were told that gold is no longer the money – bits of paper are. They said: “You’ve got to be kidding me.”

That idea was so radical, it took 400 years until it became broadly deployed in mainstream society.

The next one, in the 1950s was credit cards. With credit cards, people were now told that the pieces of paper that have the government seal on them are now pieces of plastic that have a company number on them. And that’s it. But don’t worry, you’ll get paid eventually.

It took almost 50 years for that to become mainstream. You really started seeing it around the middle of the 1980s. I remember, as recently as the early ’90s, in most places in Europe, you couldn’t pay with a credit card anywhere.

So 400 years for the first revolution, 50 years for the second one. I think we can do the bitcoin revolution in less than 15, maybe 20 years. We’re going to see broad adoption of a form of digital money that will be based on a shared, open, borderless, cryptographic ledger. Whether it’s called “Bitcoin” or something else, I don’t know. But it will be broadly based on those ideas.

We’re in a race. The reason we’re in a race is because governments around the world are trying to ban cash, and take us into a different digital currency system — a digital currency system with complete surveillance, where the governments and the banks are completely in control. Where, when you go to the wrong protest or participate in the wrong political party, they flip one bit in the database and you no longer exist as a person. You are outside tof he economic community. “Bye-bye. Can’t feed yourself? Good luck!”

I don’t want that future, so we’d better get our asses in gear and build some bitcoin solutions faster.

But in 15 years, I think we can do it. The good news is, we don’t need to build out the infrastructure. The internet is already there.

To be really popular and to be successful in the mainstream, it has to rise in value to match the capitalisation of fiat.

Will this be unbalanced?

I do expect that the system of Bitcoin will be unbalanced.

Bitcoin doesn’t have a particularly good Gini coefficient; what that means is that the equality of ownership

is not quite as diverse as it should be, or it could be. I think that’s primarily because of the way it grew.

Any solutions to that?

I’m not going to pass judgement, because to me, the idea here is that you have a system of wealth,

that this technology created… they may well become rich, which is a far better basis than “my grandfather killed a hell of a lot more people than your grandfather,” which is the basis of wealth we have in much of our society today. That is the truth.

If the price of bitcoin goes to zero, are you going to bail out the people who have a lot of bitcoin? I didn’t think so. So they still run the risk of losing everything. All of us do who are invested. Anybody who has invested in bitcoin is running an enormous risk that they will lose their entire investment, and whatever time we’ve invested into these technologies could go away tomorrow. That’s part of the risk. No risk? No reward. And nobody is coming to bail out bitcoin.

From that perspective, I think that’s earned wealth, in a way that is much more true than many other aspects of society.

Do I think it’s the most equal system? No. But I don’t think Bitcoin is going to be the only system we create. Bitcoin is a testbed. Yes, sure, lots of people may become rich on bitcoin, but there will be other cryptocurrencies. There will be other decentralized ledgers.

Broad adoption doesn’t mean just bitcoin. It could be a completely different system that’s built from scratch and much more equally distributed.

In fact, if you think this is a big problem, start writing the blockchain that will be more equally distributed, and bring it to the world. Bitcoin already gives you the recipe.

Is Bitcoin a Democracy?
Why I Earn Bitcoins Instead of Buying Them