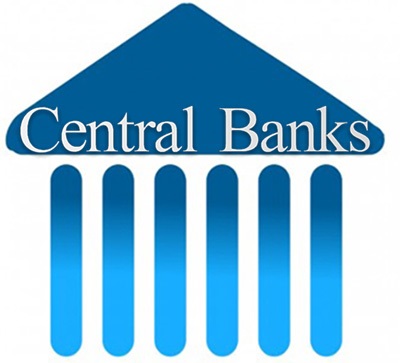 We learned in the previous post that the first three attempts at creating a central bank in the USA were less than successful. One by one, the following banks collapsed: the Bank of North America, the First Bank of the United States, and the Second Bank of the United States. Through a combination of mismanagement and outright sabotage, none of the country’s earliest banks stood a chance. So what was next? Well, for the next 25 years, from 1837 to 1862, the US entered what was known as the “free banking” era.

Also known as the Wildcat banking era, the free banking era was a period when only state-chartered banks existed. As there was no central bank, state banks attempted to take on the functions of a central bank.

However, this financial era didn’t prove any more successful than the previous one. Half of the banks failed, with a third of them going out of business because they could not redeem their notes. Something had to be done.

In 1863 and 1864, the National Banking Act was established to help clean up the mess.

The act established a system of national banks that were held to higher standards than state banks. More importantly, in the eyes of certain bureaucrats, the government needed stronger taxation abilities (of course!) and a national banking system would allow that.

What did the National Banking Act do?

For one, it established a uniform national currency that had to be backed by the US Treasury (i.e., banks couldn’t just print money willy-nilly).

Furthermore, all national banks were required to accept each other’s currencies at par value. This was to prevent banks from defaulting during difficult economic times by allowing them to lend money to one another when liquidity issues arose.

Finally, to prevent counterfeiting, bank notes were printed by the comptroller of the currency, which was an independent bureau established by the Treasury to help charter, regulate, and supervise all national banks.

The National Banking Act was a step towards driving out the bad money created by state banks during the Free Banking Era. None the less, some state banks still persisted.

As a result of this lingering of banks from a previous era, the government decided to place a 10% tax on state bank bills to discourage competition, which then forced most state banks to convert to national banks.

So…problem solved, right? Everything was great after the national banks were established?

National banks were supposed to resolve the problems created during the free banking era, but they didn’t. Since the national banks had to back up their bank notes with US Treasury securities, they started to run into liquidity issues whenever there were fluctuations in currency value. But since the US didn’t have a central bank to come to the rescue in situations like this, it led to bank runs and caused severe disruptions, including the Panic of 1907. Yes. Another panic!

Stay tuned for the next post, where we’ll learn about how the Panic of 1907 led to the invention of a Central Bank for the USA, known as the Federal Reserve. Spoiler alert: yes, this system does actually turn out to work. It’s our modern-banking system.