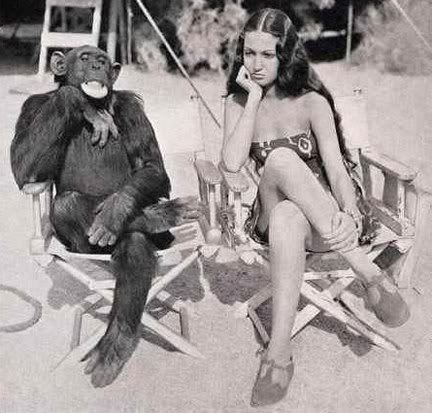 In my previous post I wrote about altcoins, what they are, how they became to be. This “altcoin mentality” is why all cryptocurrencies are following the bitcoin. That is because for many people, faith in bitcoin is representing faith in entire cryptocurrency space. Bitcoin goes down 10%, “altcoins” goes down 20%. Because bitcoin price is dropping, that means that you should sell all other cryptocurrencies because… well, if bitcoin fails, altcoins will fail as well.

I explained in my previous post on “altcoins” why that term was legit in the beginning and represented well cryptocurrencies other than bitcoin, and I explained as well why that does not make any sense now. Don’t get me wrong, for de facto altcoins like Litecoin and dogecoin, it may have sense to dip with bitcoin and have that tight price correlation with bitcoin. They are still altcoins (maybe! Is bitcoin peer to peer digital currency or digital gold?), it is just that de facto altcoins are tiny fragment of today’s cryptocurrency space.

Does that mean that you should be contrarian? Well, it depends. Just because every cryptocurrency dip with bitcoin, it does not mean that they are cheap after the dip. They can still be hugely overvalued. I wrote a post about how to evaulate cryptocurrencies which you can read.

Aren’t you contrarian by default since you are in the cryptocurrency space? Yes you are, but that does not mean that cryptocurrency herd is right about everything. The matter of fact is that they are WRONG about majority of things majority of time (trading excluded) because this is such a new asset class that they don’t know what is important. I am suggesting to be contrarian to contrarians – if they are wrong. We are speaking here about fundamentals, not technical trading.

The sooner you realize the truth, the sooner you will have better map of reality and use it to your advantage. That is kind of contrarian view, but not actually contrarian. This is just masses being inert in wrong direction, because new cohort is learning from older, and that is how it happened situation in we are today, that what made sense in the past doesn’t make sense today, but people still follow the old rules.

And I don’t blame them. We are living in world that is changing faster than ever, and cryptocurrency space is are of that superfast changing world that changes and evolves the fastest.

Are you doing something that you learned, simply because you were thought to do that, or just because your parent did certain things in certain way? There is really illustrative story of the five monkeys and the ladder which originates from the 1996 book “Competing For The Future” that goes like this:

This experiment never happened, but there is similar behavior that is very real, and that is Indian culture. Hindus use milk and its products for religious purposes because it is believed to have purifying qualities. Ghee is clarified butter and it is used in lamps for rituals. Milk is used to bathe Hindu idols on special occasions. Sweets made from milk or ghee are used as offerings to gods. It accompanies so much of Hindu life. It is included in rituals from an infant’s first food to the last rituals after death.

Because milk is adored by Hindus, cow is sacred animal there. They were probably so grateful to the cows because cow kept them alive with milk, that they began to attribute various adjectives to cow, so that the children could learn to appreciate and care for cows, because a cow was a matter of life and death.

Another example that illustrates this point is what same Hindus are doing with elephants when they are young. When elephant is little, he wants to go everywhere, but the Hindu tie him with a rope to a tree. The elephant tears the rope, and after many unsuccessful attempt to break free, gives up. The little elephant learned that he can’t tear the rope. However, when the elephant grows up and weighs several tons, the Hindu binds it to a tree with equal ease, and the elephant does not even try to tear the rope, because he learned in his youth that it is in vain, although now as an adult he can easily tear the rope.

As you can see, if you need to be contrarian (because that is the only sane and logical thing to do often), you need to do counter-intuitive things. Always keep on mind that others don’t operate on same map of reality that you have, and majority of people in the cryptocurrency space is much more often wrong than right.

Always do what makes sense to you regardless of what others are doing, and if others are acting foolishly, use that to your own advantage. There is expression in eastern Europe that goes like this: “If you see that others are jumping in the draw well, that does not mean that you should too.” That is how you will be in top 3% that makes more than 97%.

Now, do not get me wrong, crowd is often right, but as you know, in life, we are given these opportunities where we can go with the crowd, or we can go with our own feeling of what is correct. This is important because sometimes, not always but sometimes, the crowd is not only wrong, but the crowd can be dangerously wrong! In this post about When Should You Sell Cryptocurrencies I wrote: “Chasing pump is best way to get REKT, because 97% of people in the crypto space have no clue what they are doing, blind are following the blind, those who yell loudest are attracting most attention, so these 97% are acting like a herd of lemmings heading to the cliff from which they will fall.”

In order to avoid getting REKT by the crowd (remember, market is here to take your money!) what we want to do is we want to be able to answer Naval Ravikant’s question. This is the person behind @naval Twitter account, if you are active in the crypto space you probably saw his tweets.

Naval is brilliant investor, he runs Angel List https://angel.co/, but the reason I am mentioning Naval is because he came up to really important question which is: What is true but not obvious? Because when things are obvious, it’s usually when everyone agrees on them.

There was a point in time in history when it was true but not obvious that the world is round. I know there are still flat earthers out there, and to you flat earthers I wish you a good day, but we’re not even going to have that conversation.

The question that you want to ask yourself in the weird world of internet money is, what is true but not obvious? I want to encourage you is not just to follow the crowd. I would recommend that you actually study some historically successful contrarians.

Contrarians aren’t always right, but there are a few who are particularly right in a way that’s particularly valuable. Peter Thiel is notoriously a contrarian, and he always asks the question: What valuable secret do you know?

In his book “Zero To One” he unpackages this a little bit, explaining that every one of today’s most famous and familiar ideas was once unknown and unsuspected. The best entrepreneurs know that every great business is built around a secret that’s hidden from the outside. A great company is a conspiracy to change the world; when you share your secret, the recipient becomes a fellow conspirator.

When you know that asset which is hidden gem is hidden because it contains a secret that others do not know yet, which is not hard in the cryptocurrency space because people simply do not understand the crypto space or the technology (because they do not know what is important and what is not), you will search for a crypto projects that is staying away from hype and be excited when you find the hidden gem that crowd proclaimed dead simply because there is nothing exciting on the outside for them.

What Peter Thiel calls out is that it’s really important to be brave enough to disagree with conventional wisdom. When he ask question about what is going on regarding some asset, sure he want to hear that many people are agreeing with what he is saying, but he’s also giving a lot of weight to people who are courageous enough to disagree with conventional wisdom.

What I am encouraging you to do in this weird land of Internet money, is to build the muscle, just start developing the muscle of contrarian thinking. Whenever somebody tells you about the great cryptocurrency project, just ask yourself: “Ok, is there a chance, that the crowd is wrong on this one? What information can help me figure out what is true, but not obvious to everyone else? When somebody presents you with something as being true or fact, or claim to know how it is, dig in. Try to figure out what about what they’re saying is right, and what about it could be wrong.

If you’re looking for a valuable advantage in the weird world of internet money, this simple question: “What is true but not obvious,” can be surprisingly valuable in a place where you have herds of people rushing towards some new protocol aka the new shiny thing, and moving irrationally in and out of the market.

What you want to figure out is “what is true but not obvious” because if it’s not obvious but it’s true, there can be a lot of uncaptured value just waiting for you, and can save your but because in the cryptocurrency space, crowd is way more dangerously wrong than in other areas.

Migrating To Post-Quantum Cryptography
What Are Altcoins, How And Why They Came To Be