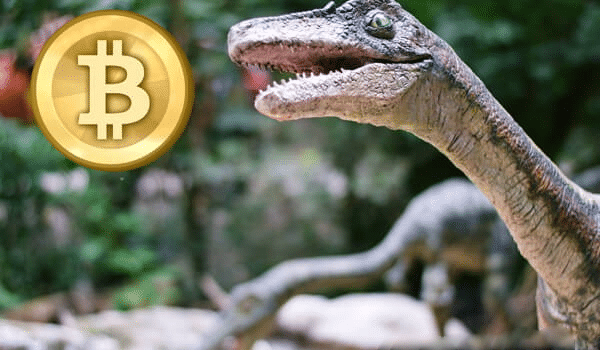 How decentralised networks resist attack. Cooperating with vs. confronting the old hierarchies. The evolution of phone companies' reaction to the internet from resistance to acceptance. Innovative banks in developing countries vs. stagnant banks that game the system, approach new technology through the five stages of grief. Inefficiency is the price of freedom – if you aren't interested in freedom, install a database.

Decentralized network is developing a resistance to attack. TCP/IP technology was invented to be bomb-proof. TCP/IP network is resisting attacks because It is acting like a mesh, you could blow a hole in the mesh and the information would route around the hole.

Some parts will, some parts won’t. You have to look at what and how things happened before. If you look at what happened on the internet for the very first decade or so, phone companies absolutely hated it. They wrote the propaganda for the media about how the internet could never replace phones, etc.

Yet today, every single phone call we make, especially long-distance calls, is carried over the internet. The vast majority of the phone networks, the same ones that resisted the internet, are now running on top of the internet.

So what happened? Was it the largest telecommunications companies that adopted this first? No.

It was the third tier companies, the ones that could not compete with the large companies in terms of capital, access to legislators, and marketing budgets. They said: “Well, we can’t play the game on your terms. But we have this internet thing, and we will use it to out-compete you.”

I predict we will see a bifurcation of the financial industry, and we are already starting seeing that happen.

When we say “banks,” what do we mean? There are different types of banks. There are banks that deal primarily with consumers: checking and savings accounts, and everyday payments.

This is what most of the world’s regional banks are. They offer loans, checking, basic currency services. They are not really bad in many cases. They can offer some good services. I have even had some conversations with very large banks from developing nations, and they do not fear Bitcoin, they see it as an opportunity to expand their services to populations they don’t reach today.

And then there is the other kind of bank, which doesn’t really have customers. You may notice that these banks are gradually dropping consumer accounts, and they are focusing primarily on investments, large concentrations of wealth, gaming the stock market and other international markets where they have significant advantage.

What do these banks do? They don’t fund consumers or loans, because that is not profitable enough. They don’t care about expanding their services.

They fund oil companies to destroy the rainforest. They fund warmongers to create dictatorships. They fund large corporations to create all sorts of advantages.

Those banks will have a problem with Bitcoin. They already do, you can see it in the way they speak about Bitcoin.

To them, this is inconceivable. They are now transitioning through the five stages of grief. It started with denial. “Heh, Bitcoin. Just go and play, you little hackers.”

Then they noticed that Bitcoin wasn’t going away, so they started to became angry. “Arghhh bitcoin – criminals, pedophiles, terrorists! “The world will end if we allow normal people to control their own money!”

Next comes bargaining: “We don’t like Bitcoin, but the blockchain technology is nice. We could use some of that, sure.”

They are missing the point… because those are not features to avoid, they are the features which make it powerful. They are bargaining. I can tell you, it will not work, because blockchains suck at the tasks banks want to do.

The use of a blockchain, with a decentralized consensus algorithm, is inefficient by design, because inefficiency is the price you pay to get freedom. If you don’t care about freedom, why take the inefficiency? Just install a standard database instead.

After bargaining comes the depression. This will be a financial depression. More than 50% of the world lives in what they call a “black market.” More than four billion people are cut off.

Which economy do you want to serve with your network-centric currency? The big one, or the little one that is broken, corrupt, and dying?

That in the end, that will be the depression stage, hopefully followed by the acceptance stage.

Some companies will do very well by playing in the game of network-centric currencies, using them to expand access regardless of borders, to be able to trade internationally and empower people. They will side with the majority.

The rest of the banking system are dinosaurs. They operate on ’70s technology. The dinosaurs have enormous contempt and disdain for the little furry mammals that are running around their ankles. They spend some time squashing these little mammals that are insignificant.

But there is a meteor in the sky. Once the dust settles, we the mammals win.

The revolution is not in what you say, it is the fact that you go against the lies.

Bitcoin and many of the technologies that come with it, are doing that on a global scale today.

I don’t look for confrontation. I look for inspiration and positive energy we can create as community. The banks are really irrelevant in this conversation.

Can Banks Still Offer Services for Bitcoin?
When Will Bitcoin Go To Zero?