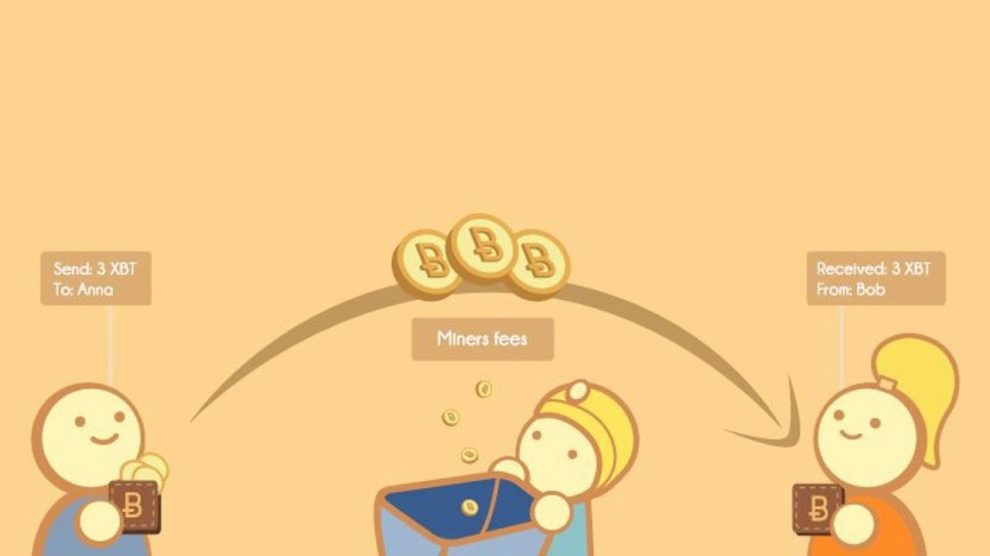 Establishing a transaction fee market. There is, and has been, a fee market for Bitcoin; it was not important until we reached critical capacity. Once you reach a point were capacity is constrained, fee markets come into play. Fee markets will happen, and if you don't build a primary fee market, people are going to build a secondary fee market. How do we create the possibility of fulfilling transactions at much greater volume for people who can't afford the current level of fee? Or if it continues to rise? The answer we seem to be arriving at is: secondary and tertiary layers above Bitcoin, the most promising of which is Lightning Network at the moment. Micro-transactions, nano-transactions. The Bitcoin blockchain is a very valuable commodity for applications; the fees make it so that it is not economical for everyone to use it as a back-up platform. No matter what capacity you create, an engineer will create an application to fill it. Fee markets help us make choices about which transactions are important. There are two ways to make choices: through authority or through a market. The market says "if the person sending the transaction thinks it's worth paying a fee, then it's a legitimate transaction." Because of this, adoption in some areas will require higher-level algorithms.

I have a question about Bitcoin governance. I would like to know your point of view about establishing a free market for Bitcoin. I am very concerned about transaction fees being too high for poor people to use bitcoin all over the world.

I know there is a portion of the community that want to establish a fee market for Bitcoin, that could raise fees for transferring money, and I want to have your point of view on this subject. Thank you.

Fee markets don’t matter if you have unlimited capacity, or until you reach the point where the capacity is full. Then fee markets come into play.

So fee markets will happen whether you like it or not.

The question is, how do we fulfill a much greater volume of transactions for people who can’t afford the current level of fees, or if they continue to rise?

The answer we seem to be arriving at, is through the use of layers above Bitcoin. Secondary and tertiary layers. At the moment, the most promising is the Lightning Network, which is a system of bidirectional payment channels that are established with settlement into Bitcoin, but which allow for a much higher rate of transactions per second, millions transactions per second, millisecond latency and very small fees.

If that gets used, we will have more capacity problems again on that level later, and we will have to find another scaling solution. If that solution is used and overgrown, we will find another scaling solution, and keep doing that for twenty-five years. That way we will be as successful as the internet has been, in terms of continuously evolving to scale for new applications.

Most people find it difficult to understand that because the blockchain platform, specifically the Bitcoin blockchain, which is a highly secure, very robust and decentralized platform, is a very valuable commodity for applications.

If you have zero fees, then everybody uses it to backup their computer files directly on to the blockchain. Why not? I would back up my computer. I would dump gigabytes on there. Great.

It is replicated internationally with an entire reward system to make sure that everybody will keep my data backed up forever, and it is free! So what would happen? We would use it up to the full capacity.

The fees make sure that it is not economical for such uses, which will restrict its use a bit. But if you increase the capacity of the blockchain, the applications would simply expand to fill that capacity.

Applications on the Bitcoin blockchain behave exactly like a gas. Do you remember physics?

If you gave me a blockchain today and said: “It can do a billion transactions,”

Most people would think: “I don’t know what we could use a billion transactions for.”

Computer engineers would think: “I wonder for what I could use a billion transactions per second? Hm… Ouh I know!” And they would make an application that would use this available resource.

I once had someone ask me: “Do you really need a gigabit internet connection at home?” I was like: “Yeah! I am a computer engineer! If you give me a gigabit connection, in 24 hours I will have it pegged at one gigabit upload and one gigabit download, full time.

There is no limit. No matter how much capacity you create, an engineer will invent an application to fill it.

The fee market is how you stop that from happening, and how you basically say: “We need to make choices about which transactions are important or not.”

There is 2 ways to make choices. One is through an authority figure. The other is through a market.

An authority says: “I think this is a good transaction, and this one isn’t.” Then you need to choose who makes that decision. The problem is, if they decide for EVERYONE, and that is not a very good way of doing it.

A market-based solution says: “If the person sending the transaction thinks it is worthwhile by paying a fee, then it is a legitimate transaction.” Finished. That is the way you open it for people to add applications without the fear that someone will mess them up if they start to be noticed.

That will initially cause some problems for adoptions, especially in countries where a microtransaction is not one euro, but a rupee. For that, we will need to build higher-level algorithms.

Can Government Kill And Destroy Bitcoin?
On Cryptocurrencies And Politics